The Biennial may be behind me now but as a result of being included in that great show I have new opportunities coming my way. Following the deinstallation of Library from the museum I brought it to Belfast where I reinstalled it in the Clifford Gallery at Waterfall Arts, adding another ten feet of panels. I'll be giving an artist talk there on March 13, 7 p.m. For the month of  March I'll have work in the Lewis Gallery at the Portland Public Library in a show called Collage X 10, curated by Bruce Brown. Thank you , Bruce, for choosing my work among ten to be exhibited. This show will be expanded in the summer to include other artists where it will be on view at the University of New England Gallery also in Portland. Following the Collage X 10 show I'll have some work in an exhibit of book arts, again at the Public Library. Also in April I'll have a few pieces in a show in Belfast at Aarhus Gallery, a show called Paper, which should be a fun show, as all shows are at Aarhus. I'm helping with an open call show at Waterfall Arts in April and May that will be all about printmaking; this is to bring attention to and celebrate the creation of a printmaking studio at Waterfall Arts.
And, watch for an article about Library in the March/April issue of Artscope! Many thanks to Lynn Karlin who so kindly took a bunch of pictures of Library for me. I am full of gratitude for these opportunities and for being able to work on my art full time. 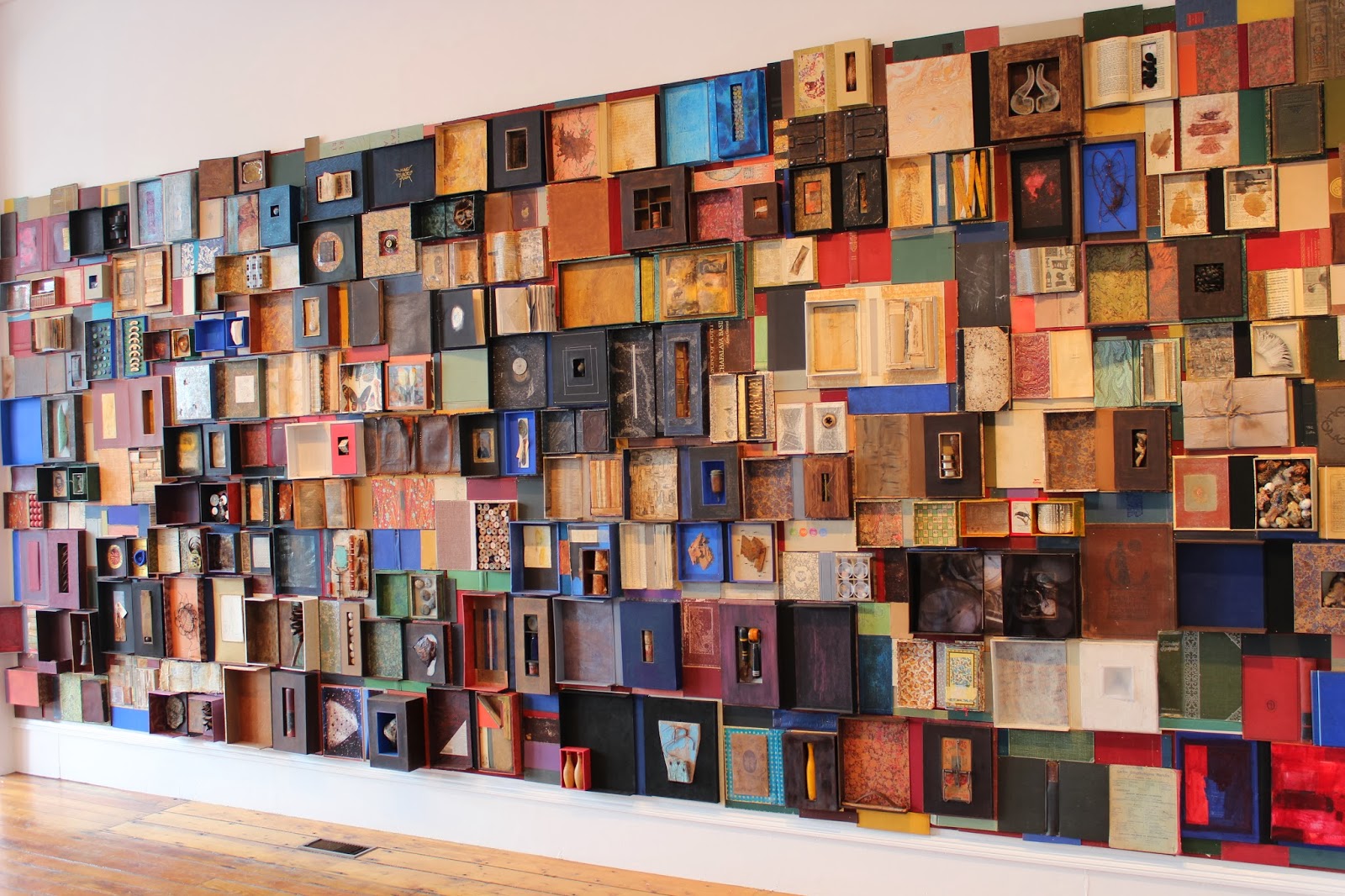