A series of small collages I have been working on using old letters I got in Paris, bits of maps and charts and other scraps.I am calling the series "Letters from Paris" as I think about the terror attacks and my heart goes out to Paris and all of France, with whom I have a history. Each 4 1/2 in by 4 1/2 inch collage is mounted on a 8 inch by 8 inch birch panel and is sealed but not framed, to keep cost down. I am asking $200 each and will give what I would normally give to a gallery for the commission (40%) to the Syrian refugee cause, somehow. I wish I could host a Syrian family somehow. Does anyone know if this is possible? 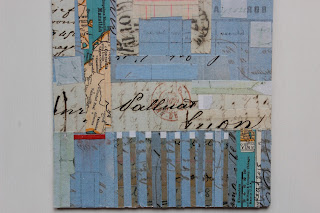 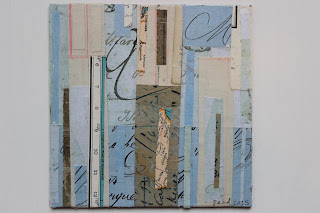 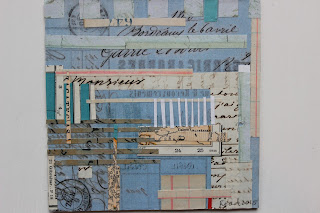 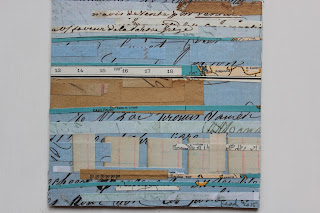 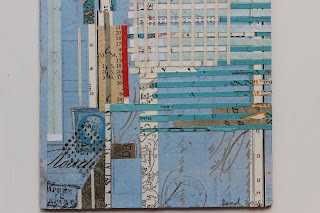