Already over a month since my last posting....I have been working on a number of projects, none of which relate to my studio work...my family is trying to get my father's house cleaned out and repainted for tenants who arrive next week for a year. The house is looking great and it's good but rather sad to get this done. Meanwhile, another show I'm in (Jonathan Frost Gallery in Rockland) is about to come to a close (June 2). A really nice group show, "Season Opener" at the Betts Gallery in Belfast opened last Friday night. I have four collages and two altered books in that show, which will remain on view until June 22. 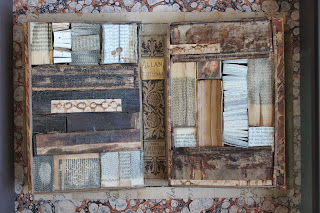 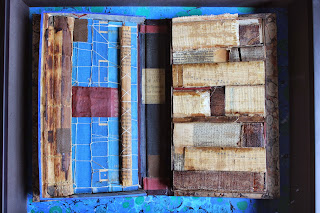 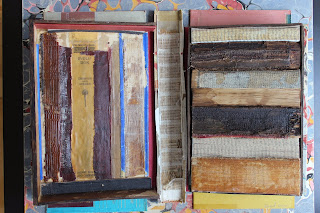